The Construction of a National Identity from Empire to Nation-State “This excellent volume combines cutting-edge work from some of the most prominent experts on mass violence in Turkey with a clear conceptual through-line.” • Matthias Bjørnlund, Danish Institute for Study Abroad

“This work represents a solid endeavor that brings together multi-disciplinary research on various aspects of mass violence in Turkey and ties mass violence to national-identity construction from the late Ottoman period to the present day.” • Janet Klein, University of Akron

Turkey has gone through significant transformations over the last century—from the Ottoman Empire and Young Turk era to the Republic of today—but throughout it has demonstrated troubling continuities in its encouragement and deployment of mass violence. In particular, the construction of a Muslim-Turkish identity has been achieved in part by designating “internal enemies” at whom public hatred can be directed. This volume provides a wide range of case studies and historiographical reflections on the alarming recurrence of such violence in Turkish history, as atrocities against varied ethnic-religious groups from the nineteenth century to today have propelled the nation’s very sense of itself.

Stephan Astourian is the William Saroyan Director of the Armenian Studies Program at the University of California, Berkeley. He is also an Associate Adjunct Professor in Armenian and Caucasian history in its Department of History.

Raymond Kévorkian is a historian, Director of research emeritus at the Institut Français de Géopolitique (Université Paris 8, Saint-Denis), and President of Armenian Genocide Museum-Institute Foundation (Erevan). He is the author of works on the Ottoman Armenian society, especially on mass violence.

PART I: CASE STUDIES IN THE OTTOMAN EMPIRE

Chapter 1. On the Genealogy of the Armenian-Turkish Conflict, Sultan Abdülhamid, and the Armenian Massacres
Stephan H. Astourian

Chapter 4. On Collective Responsibility in the Extermination of Ottoman Armenians
Raymond H. Kévorkian

Chapter 7. The Attempted Pogrom Against the Jews of Thrace, June–July 1934
Rifat Bali

Chapter 8. A History of Armenians Remaining in Turkey: Survival and Denial
Talin Suciyan

Chapter 9. The Events of September 6–7, 1955: Greeks, Armenians, and Jews within the Context of the Strategies of the Turkish Republic
Dilek Güven

Chapter 12. Inscriptions of Denial of the Armenian Genocide in Memory Narrations from Dersim
Annika Törne

Chapter 13. The Yazidis: Resilience in Times of Violence
Caroline Schneider

Chapter 14. “Who Did This to Us?” Blaming the Enemies as Part of Turkey’s Authoritarian Political Culture
Uǧur Derin

Chapter 15. Violence and Its Masks: History and Nation
Etienne Copeaux

In Lieu of a Conclusion: Shapes, Legitimation, and Legacies of Violence in the Ottoman Empire and Turkey
Stephan H. Astourian 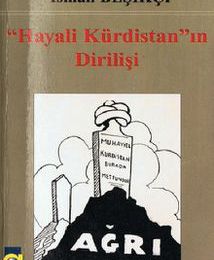 Masks of Violence - My contribution now available on the Net 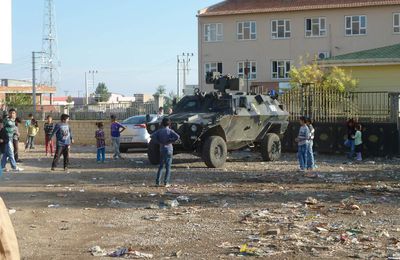